How long does it take to make a painting?

How long does it take to make a painting? 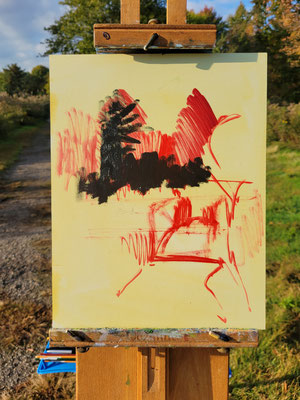 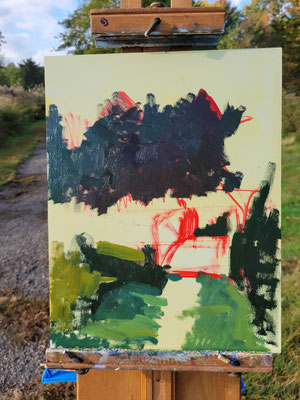 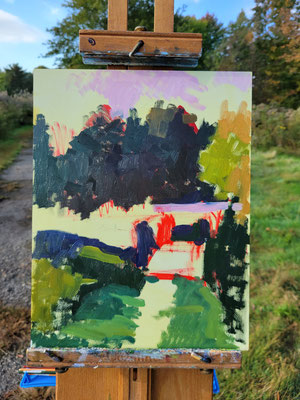 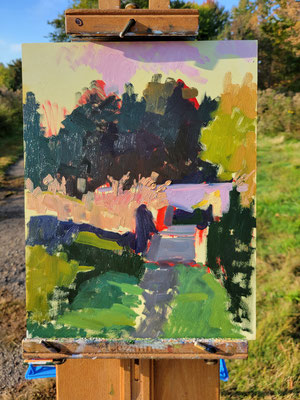 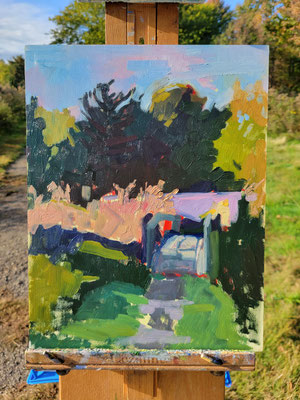 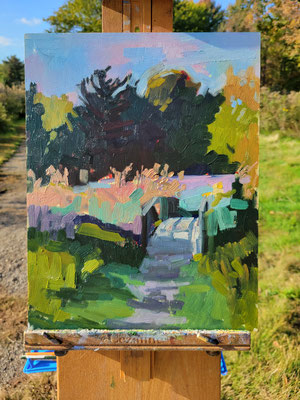 People ask, “How long does it take to make a painting?” I don’t know. Some paintings come together quickly- like magic and some you can fiddle with for months and still not feel like it’s finished.

I used to only paint on site and could complete a large painting within a few hours. I was painting outdoors regularly and was good at working quickly to capture the changing light. When I painted on site, I considered the painting finished when the light was gone or had changed to much it was no longer the same view. Always rushing against the light forced me to work within a time limit. Not all the paintings were good, but it wasn’t worth it to me to keep working on it. I would bring the paintings home and prop them up upside down across the room and look at them for a while to decide it the painting was close enough to what I wanted to portray. If not, I would paint over it later. If I was happy with it, it would go into the stack for the next show.

After the kids were born, I began painting in the studio more often. I did not have hours of uninterrupted time to myself any more. If I did paint outside my painting time was much shorter. I might have an hour to start a painting on site but have to finish it at home working from photos and sketches. In the studio I might have 20 minutes or an hour to work but not much longer. I might work on a painting for months trying to get it “right” as the original vision became a distant memory.

The kids are older and more independent now and I have painting time again. I am going out painting outdoors more often but I have been struggling to complete a painting on site. I have been bringing the painting back to the studio and fussing with it, often repainting it so much that it is hardly anything like what I envisioned at the location.

In this last painting, I gave myself the assignment of finishing it on site and I would not touch it after it came home. I painted for about two and half hours. This challenge forced me to be more observant, to focus on big areas that needed work and not on little details.

It’s hard to say how long it takes to complete a painting. Sometimes you just have to decide that it is done.