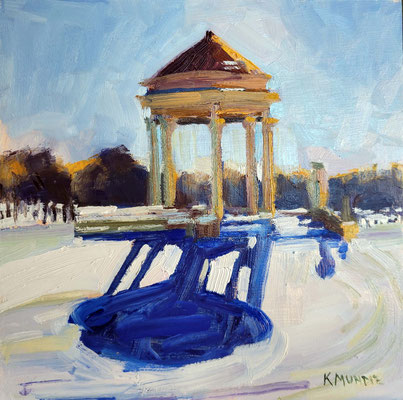 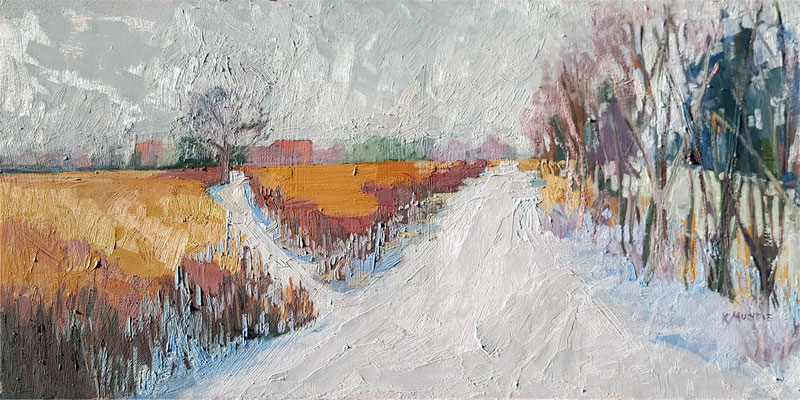 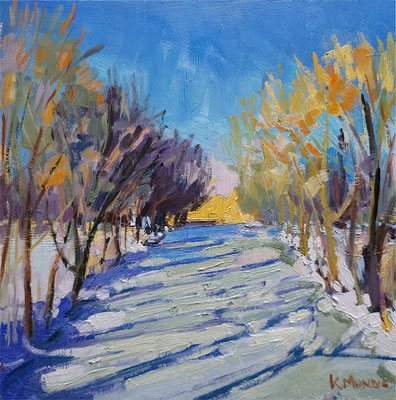 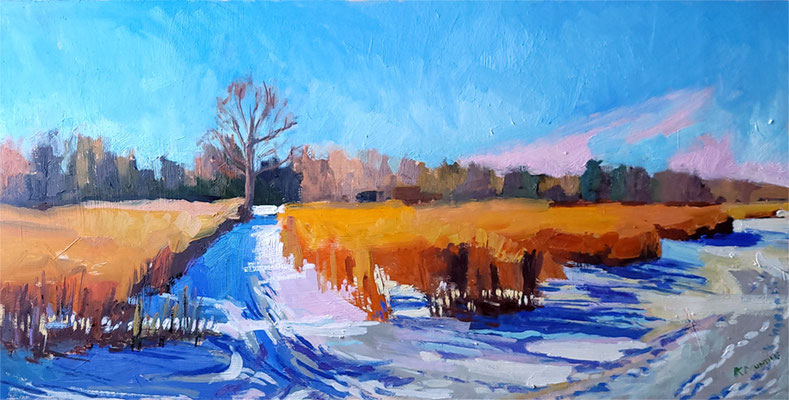 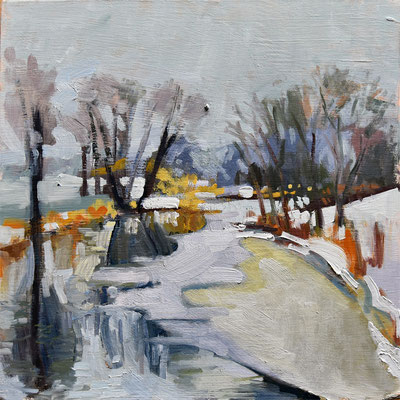 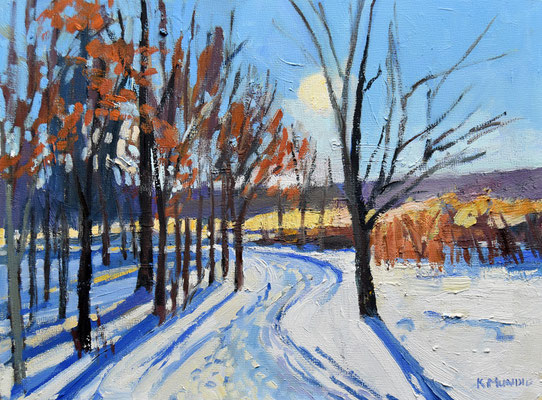 From February 7 to March 7, the Artist/Mother Network hosted a Virtual Artist Residency (VAR) program. Artist/mothers were asked to commit to the month and submit a residency plan to the group of participants. The group met virtually each week to discuss what we are working on. There were around 50 artist-mothers participating in the US and Canada.

In developing our residency plan, we were asked to consider what would make this VAR different than standard studio time. The residency was in my studio with all the normal constraints of work and family life. I have previously hosted my own "residencies" in my studio where I take time off from my office job to make art, but often ended up using that time cleaning the basement or repainting a bedroom. I have also participated in three traditional artist-in-residence (AiR) programs where I was provided a studio space or plein air location and uninterrupted time to make work for a week or two. I made lots of work, had time to explore ideas, and found the intensity and focus was wonderful and came home exhausted.

A month-long VAR in my own studio was eye opening. The first two weeks I stuck to my studio schedule and artwork plan -which was to paint six snow landscapes as part of my Meadows series in four weeks. The third week I got off schedule because home/family/work things that I was putting off were catching up. By the end of the weekend, I was able to get all my studio time in and work through a particularly frustrating painting. By week four, I felt like I was losing steam and had to work hard to stay motivated.

Stretching the residency out over four weeks helped establish habits. Being accountable to the other artist/mothers too helped me honor my commitment. The structure of my residency plan meant that I had more time to rest on the weekends and spend time with my family instead of trying to squeeze in studio time since my scheduled studio time was during the week.

A four-week residency in my own studio with all the normal life demands feels so different than going somewhere else to participate in an AiR. This residency was about ritual and creating habits – carving out time and space and not apologizing for it.

I completed the six paintings- two large landscapes and four smaller landscapes. I liked working with the snow theme for the whole month and I am happy with way the paintings turned out.